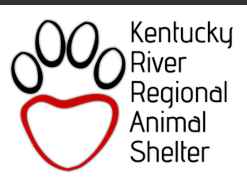 Turn on the television or watch a movie on any given day and you’ll probably see dogs. Lots of dogs. With good reason. Dogs are cute. But beyond the cuteness factor, studies have shown that dogs reduce loneliness and depression, force us to socialize, give us a sense of purpose, lower our stress and anxiety levels, increase our productivity, and force us to exercise.

As true as those facts are, there’s a darker side to the story. The American Society for the Prevention of Cruelty to Animals estimates about 3.3 million dogs enter U.S. animal shelters every year but the numbers vary by state.

When NEW PAWSibilities first opened in 2012 it quickly became apparent that there were some great shelter and foster options in North East Wisconsin. Through one of those groups they learned about the plight of dogs in some areas outside of Wisconsin and a partnership was born. NEW PAWSibilities is proud to be making a difference in Perry County, one of the poorest and most remote areas in the Appalachian Mountains of Eastern Kentucky.

The Kentucky River Regional Animal Shelter is a non-profit organization founded by community members in four counties with a combined population of 160,000.  Since the beginning their mission has been to provide services to safeguard public health and safety, to humanely house and care for the animals in its charge, to protect the animals of the community from abuse and neglect, and to provide its citizens with information and education concerning responsible pet ownership.

Unfortunately, in 2011 nearly 8,000 animals were brought into KRRAS. These are staggering numbers for only one shelter, but the story gets worse. Of those 8,000 animals, approximately 7,511 were euthanized or died at the shelter. A ninety-four percent loss of lives meant the number had been whittled down from 8,000 to a mere 400. Something had to be done to improve these alarming statistics.

In July 2012 quick-moving distemper outbreak claimed the lives of 198 of their shelter dogs.  Remarkably for such an impoverished area, the board was successful in getting donations and funding to perform over $15,000 in tests in an effort to save one dog. They saved 13. That is when they started vaccines upon intake.

Knowing their communities could only do so much, the KRRAS proactive board of directors decided to work with animal rescue groups across the nation to find homes for as many animals as possible. They also voted to help to create low-cost spay and neuter programs for their communities.

Removing stray animals from overrun areas is a good thing for many reasons. Strays spread diseases to animals and humans, are not vaccinated for rabies, prey on wildlife, cause car accidents, damage the local fauna, and frighten children. These high numbers are often the result of unplanned litters that could have been prevented by spaying or neutering. However, in these poor counties, many families can barely keep food on their own tables. They don’t fully understand the true cost of pet ownership and can’t afford or are not aware of the need for spaying and neutering, vet care, microchipping, and more.

In 2012 NEW PAWSibilities transported thirteen dogs to Wisconsin from Kentucky. The experiment was a rousing success with thousands of dogs finding forever homes in Wisconsin since those first “Lucky 13.” Since then, NEW PAWSibilities, one of seven rescue sites throughout the country, has welcomed new adoptees from Hazard, Kentucky nearly every other Saturday.

Both organizations work on a shoestring budget with very small staffs. The dogs are transported to the Illinois border where they are offloaded to crates and driven back by a staff person to Oshkosh. One of the great things about The Kentucky River Regional Animal Shelter is that they take full litters of puppies. The owner has the option of surrendering the mother or taking her home with zero cost spaying. If they choose the former mother and babies all make the trek to Wisconsin together. This allows NEW PAWSibilities to have one of the largest selections of puppies in the area and doggy families are allowed to stay intact to bond for longer which is better for everyone.

In 2017 the Kentucky shelter partner accepted nearly 6,000 animals which says the low-income spay/neuter programs are working. “Remember that 2011 ninety-four percent kill rate?” asks Chairman Tammy Noble “In 2017 we euthanized 152 or 2.5%. The incinerator that once burned twenty-one precious animals to ashes daily has been out of service for three years now and is no longer needed.”

Recognizing the need for early education, once a year a team from KRRAS goes to every grade school in the four counties and presents the Humane Animal and Safety Class to all children in grades three through five.

Since October 2011 they have sent nearly 14,000 death-row dogs to rescues around the country. Over 2,500 of those found their forever homes through NEW PAWSibilities.

“People ask us all the time, why Kentucky? Why not. A dog is a dog, is a dog and deserves a chance to live and enrich the lives of their families and communities,” says Executive Director Jim Deering.

It’s been said that every dog must have his day. Thanks to this partnership with The Kentucky River Regional Animal Shelter and the wonderful families who adopt them, more and more dogs are having years and years of days.

Thank you to all of our partners!